There’s nothing like a frosty popsicle on a hot summer day. And there’s nothing better than having that popsicle ready less than ten minutes—and knowing exactly what’s in it. That’s why I’ve got the Zoku Quick Pop Maker.

It’s a little bigger than your average popsicle-maker, but that’s because it has a quick-freeze solution inside that freezes your pops faster. It’s great if you have kids, and it’s great if you’re a big kid. 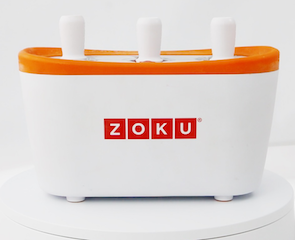 My son Zachary has been into popsicles since he was about three; he just loves them. So when I saw this, I thought he’d get a kick out of it. Because we all know that children don’t have a lot of patience, and with the Zoku Quick Pop Maker, you can practically watch the popsicles freeze. Zachary uses his all year long, and can make a bunch of different flavors.

Plus, for all you Pinterest people, the quick freezing makes it easy to make a multi-flavored pop, or one with fruit inside. People will think you worked extra hard, when it really took you about 15 minutes. 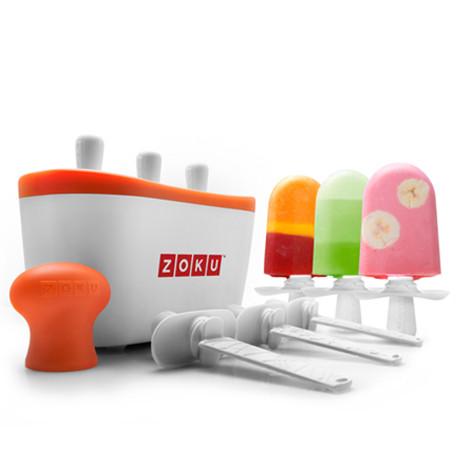 It comes in single, duo and triple sizes, meaning you can make one, two or three pops at a time. I’d say get the triple–even if you’re the only one using it, that means you’ve got two extra pops sitting in the freezer for later. Plus, you can order a pop-holder, which holds the ones you’ve already made.

Now, the only problem you might have is the price. It’s a little under $50 for a new one, which seems a little ridiculous when you can buy a basic popsicle maker for under $10. But consider these things:

As I’ve mentioned, we’ve had ours for over three years and it still works flawlessly; the only thing we’ve had to replace was a pack of popsicle handles, because I broke one.

Otherwise, this unit looks as good as the day I brought it home. So while it’s initially expensive, if you get five years’ use out of it--and I believe you’ll get more than that--it works out to about 10 bucks a year. Ten bucks a year and my son thinks it’s really cool, has a great time with it and still uses it.

It’s hard to find things that will last, that my son enjoys and that works out to be so inexpensive. We haven’t even mentioned how much money we save not buying prepackaged popsicles, and being able to control what’s in the popsicles that Zachary’s eating.

So I’d definitely recommend taking the plunge and spending the money. In the long run, it’s money well-spent. You might become a fan yourself—latté pop, anyone?