USB Outlets – If You Only Read One Review Here, Make It This One

Sometimes I think the greatest products are the ones we don’t think about, but we use every day. Those are some of my favorite finds. When you think about it, they’re not all that exciting. And you probably won't consider how cool they are once you’ve installed or started using them, but they truly are.

So, like everybody else (and maybe more so than some people), our household has lots of electronic items that need to be charged. We have iPhones and iPods and iPads, and batteries for all of our portable electronics. We never have enough places to plug them all in--and besides, chargers sticking out of the wall aren’t very attractive. 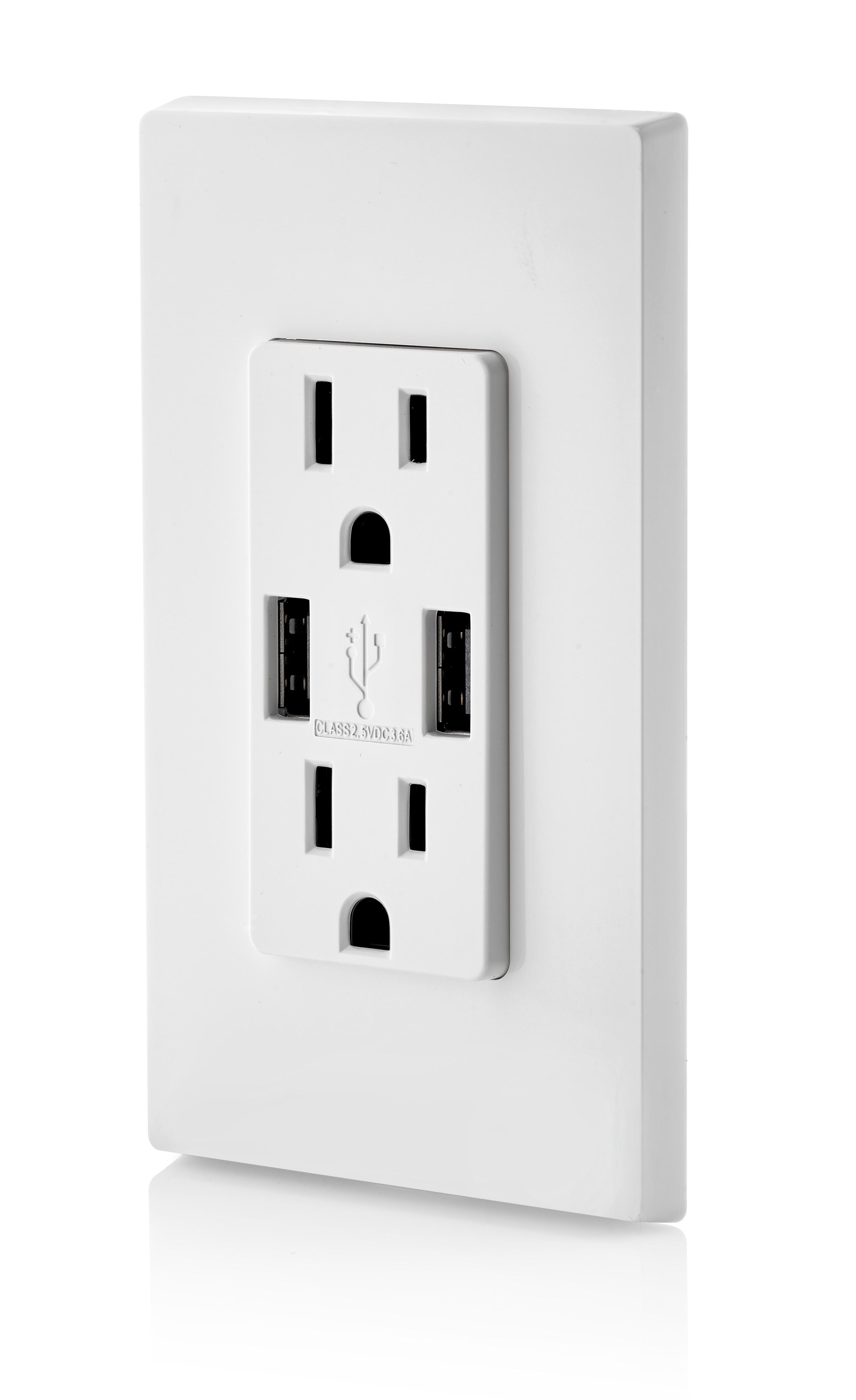 A while back, I found a solution to that: the USB/outlet combo. It won’t solve all your charging issues, but it will clean up some of the cord clutter–or at least some of the adapters sticking out of your wall.

It’s a USB outlet–it looks like a normal electrical outlet, except that, in between the top and the bottom plugs, there are two USB ports. Now, technically, you can plug in four devices: two in the outlets, and two in the USB ports.

I especially like this for the bedroom where you plug your phone in. I know most bedrooms have a two-plug outlet on either side of the bed. That’s great, but if you’re plugging in the alarm clock, and a lamp, and wanted to plug in your phone and/or tablet–or anything else, for that matter (maybe an Echo Dot–you’re out of room already. USB outlets can help with that.

Maybe the kitchen is where you plug your tablet in. I know that we have a number of devices that charge in the kitchen. These USB outlets really clean up the look. If you have an outlet that you only use for charging devices with USB cords, you could get a 4-port USB outlet. These replace your regular electrical plugs completely. I have not tried these USB outlets specifically, but you cannot go wrong with a brand like Leviton and I have no problem recommending them.

They’re pretty inexpensive, and you don’t need a degree to put them in. It’s actually pretty simple, and voilà–you’ve cleaned up the space, and doubled your outlets. Either way, it’s a win-win. We’ve got three or four of these outlets in various locations around the house and they get used every day, although nobody really pays them much attention. They just work.

We like the USB outlets that are sold by American companies, and not the newer ones that are flooding the market from China. The American products are more expensive, but the quality is much better, and we’re supporting American workers—another win-win. I feel that if I’m going to install something like an outlet in my house and I have a choice, I would prefer to install an outlet by a company that I know has been making outlets for decades. That way I’m pretty assured of never having a problem.