Years ago, a buddy and I went to France. We ended up staying at a client’s apartment (he was staying at his latest amour’s place). And every morning, he would come back with warm croissants and turn on his espresso machine, and make us a great espresso. What a great way to start the day.

Fast forward a few years. My wife and I are looking for a coffeemaker for our vacation home. We’re only there a few times a year, but we had to deal with crappy coffee that had gone bad while we were gone. As we were shopping around, we came across a Nespresso machine, just introduced to the U.S. after being sold for years in Europe.

The espresso comes in little pods that, according to the ad, stay fresh for up to one year. This was pre-Keurig, so this idea was HUGE. My wife and I were able to have a sample of the espresso, and after I had taken a sip, I looked at her and said, “This is exactly what we had in France.” We ended up buying two--one for the vacation house and one for our home. Now, this replaced a very expensive Jura Capresso machine that we used at home. And I had been roasting my own beans for about three years, since I’m a coffee purist and I like to tinker.

The coffee that the Nespresso produces is much richer than what you’d get with a drip machine, or other pod machines; that’s because the coffee is extracted completely differently than those other machines. The Nespresso machines extract their coffee using the same method used in espressos: pressure. This creates a beautiful ‘head,’ known as crema, on top of the coffee. This process creates a much richer, deeper flavor. 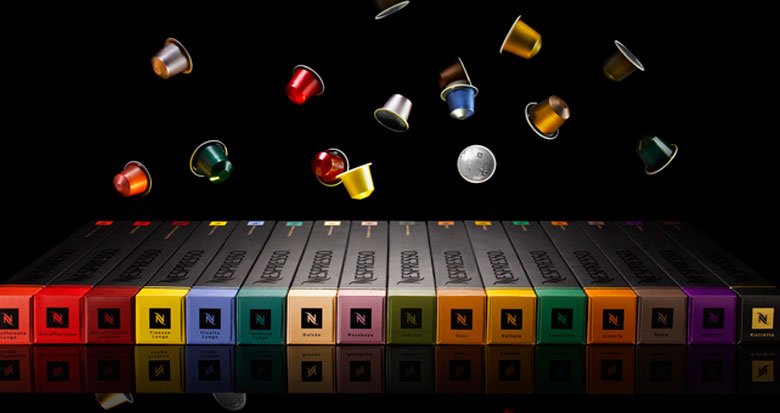 Nespresso offers two different sizes of espresso. So technically, it’s either a ristretto (makes about one ounce) or an espresso (makes about two ounces). And then even larger is the lungo (makes about four ounces). You’ll also see the Nespresso Virtuo line. I actually went to the Virtuo’s launch when it came out a few years ago. It makes coffee as well as espresso.They had a bunch of samples out, and I tried every one. I didn’t like any of them as much as I like my original line coffees. But that doesn’t mean you won’t. To my point of buying the machine that will make the coffee you like most.
Nespresso coffee machines include a dozen or so coffee pods for you to try. The pods work for WAY more than a year. We’ve had several for more than a year after buying them, and they were still delicious. However, my friends who have purchased aftermarket coffee for their Nespresso machines have not had any positive reviews. I think the reason Nespresso does not let other people make pods for their machines is so they can uphold the high standards that they’ve set.

Amazon also sells special pods, like hot chocolate. Personally, I think they’re way too overpriced and not worth the fuss. Just stick with espresso.