Kitchen
The Margaritaville Frozen Concoction Maker is something I had wanted to try, but they’re really expensive. So I just filed it away in the back of my mind, and figured one day maybe I would get one.

Then, one day, my wife, Amber and I were walking through Costco, and they had one there…just waiting for us to come along. I think it was the last one they had, and it had been marked down—bingo! 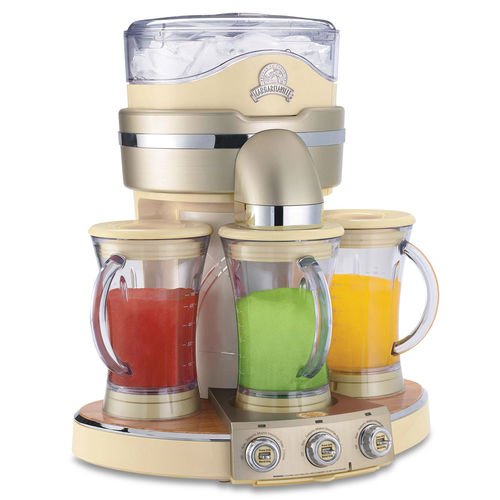 I convinced Amber that we should buy it, and we did. Later that day, we had plans to go over to some friends’ house for dinner. In the course of the evening, we told them that we bought one of these machines. They informed us that they had been given one as a gift, and that we could use it anytime we wanted. They had used it once and had never used it again. They said, “You’re just not going to use it, so save your money.”

I remember that I ended up putting the Margaritaville on eBay, and selling it for more than I paid for it. And we would’ve borrowed our friends’ frozen concoction maker, but they ended up moving away.

Then, a year or two later, my wife brings one of these home from work–a gift the company had bought for each member of the entire staff. I convinced Amber that we should try it, and I can honestly say we’ve never been sorry.

We use this Margaritaville Frozen Concoction Maker all summer long; we ended up buying a case to store it in and one of their mixing pitchers. We spent a very happy, slightly drunk summer dialing in our recipe so it’s exactly the way we like it. 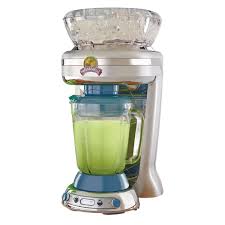 It’s solidly made; it’s got a nice glass 36-ounce pitcher, and has a big ice reservoir that holds enough ice to make about three pitchers of whatever frozen drink you’re making. I like that I can set the machine to make the whole 36-ounce pitcher of drinks by just hitting the automatic shave and blend cycle. But if I want to, I can add more ice, or I can blend it more with just the touch of the manual button.

We didn’t find the Margaritaville no-brainer mixing container to be of all that much use. I guess it works well if you love their recipe, but we didn’t and so I wouldn’t recommend buying it. We’ve now had this for a couple of years. We’ve had no issues with it, and it’s very simple to clean.
So now that you have read this and you are all ready for a great margarita, there is one big problem. There are so many different Margaritaville machines available, which one should you get?
I’ll start with the Margaritaville machine I would be least likely to get and work to my number one choice. I may not cover all models because I think these are the important ones.
First is the Margaritaville Tahiti Frozen Concoction Maker. This unit can make three different, or the same, pitchers of drinks at the same time.I have a few issues with this machine. Its big, really big. Also, I don’t want to have to stay on top of 3 different mixes, and there are three times as many pitchers to clean.
The Margaritaville Bali Frozen Concoction Maker is a waste of money to me because all you really get is a bigger motor (best feature) and self dispensing and auto remix. And I don’t feel that is worth $100.

If those features sound good to you, by all means, click the link and buy either of those machines, you cant go wrong.

But for me, I like the Margaritaville Bahamas Frozen Concoction Maker. It does what I need. Holds enough ice for one pitcher, which is a great amount. We keep ours outside, so we don’t have to worry about it melting. Its programmed for Margaritas which is what we usually make. Compared to the others its a bargain.

If you like margaritas–especially frozen margaritas—you’re gonna love these machines.