Blackout Buddy – One of the Best Flashlights Available

Here’s a fun fact about me: I’m a flashlight nerd. I have tons of flashlights around my house, and I even have a tiny one on my keychain. What can I say? I don’t like stumbling over things in the dark. 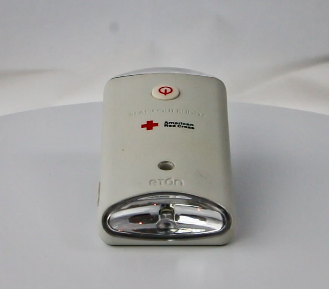 So, of course, when there’s a new flashlight, I need to check it out. That’s how I found the Blackout Buddy.
The Blackout Buddy is made for blackouts. How it works: it plugs into your wall outlet, using the power to charge itself. Then, when the power goes out, it lights up, and you always have a flashlight in case of an emergency.

Now, I live in Earthquake Country, so this sort of thing is really great to have if you’re big into emergency plans. There’s no need to check on batteries or have to constantly remind yourself what cabinet you put it in. Plus, a 2-pack is only around twenty bucks, so it’s a pretty cheap safety measure. If you buy a few packs, ten you can use them as nightlights around the house, as well.

It’s important for every home to have a flashlight at the ready. Like I said, I’m a huge flashlight nerd, so that isn’t a problem in my house. But it’s convenient to have a charged-up light right where you can see it, and plugging it back in means that you won’t set it down somewhere and forget where that was!

The Blackout Buddy is definitely something you’ll want to have around before you actually need it. So far, I haven’t needed it…well, rephrase: we haven’t lost power. There have been many times when I’ve needed a flashlight, and that was the closest one. It’s a handy little gadget and you won’t ‘need’ it most of the time, but when you do, you’ll be really glad you have it.